What is Bison Grass?

Don't be put off by the name, Bison grass is one of the world's most unique and flavoursome sweet grasses, which works perfectly in gin, when cleverly paired with the right botanicals and a solid backbone of juniper. 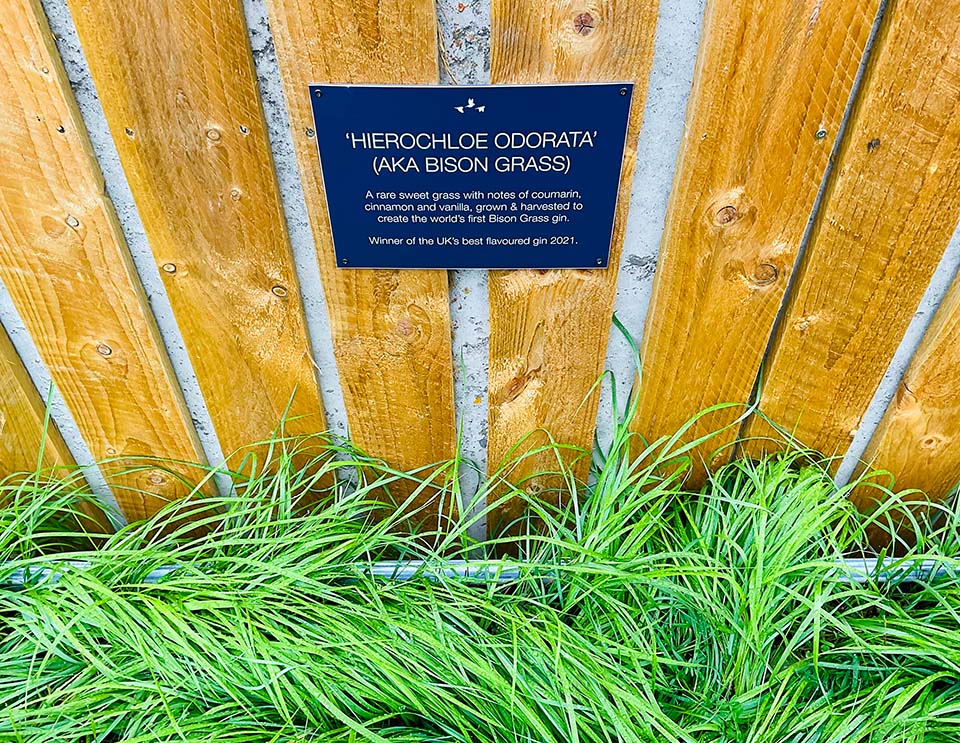 Hierochloe Odorata or Bison Grass as it is known, is a rare and incredibly aromatic sweet grass. It is native to North America, where it was traditionally burned as an incense in traditional ceremonies. It is well know for being a key ingredient in a famous Polish vodka, as patches of the grass can be found in the northern forests of Poland, near where the last herd of European Bison roam. Bison Grass contains Coumarin, which is also found in tonka beans and cinnamon. It is also sometimes referred to as 'Vanilla Grass'.

When we realised it had never been used in a gin before, we got very excited! The problem was, that you cannot buy the grass and it is rarely found in the UK. We found a friendly botanist who gave us some seeds, and we set about growing the grass from scratch at our distillery. Two years later, we now have masses of organic Bison Grass growing in planters right outside the distillery doors, pretty cool right? (See Below) When we need to make a batch of gin we simply clip the grass from outside, dry it in our dehydrators, and after we have distilled the gin the dried grass is steeped in it for a period of 7 days. Each day, the gin develops more and more rich flavour, natural colour and aroma until our master distiller decides it is ready.

Don't be afraid to try this and to drink a little differently, it is our best-selling gin and has an army of followers. It has also become one of the world's most awarded flavoured gins with two international gold medals, a 2-star great taste award and the title of UK's Best Flavoured Gin at the Great British Food Awards.